The battle for pro wrestling supremacy between relative newcomers All Elite Wrestling and the long-running World Wrestling Entertainment promotion is fierce. WWE has been around for over fifty years, whereas AEW has existed for barely three. Despite its lack of experience and the fact that company owner Tony Khan has never been involved in pro wrestling before, AEW has been a hit with viewers and offers a superior wrestling product in the eyes of many fans. Big former WWE stars like CM Punk, Bryan Danielson and Sting are now in AEW, and the company is going from strength to strength.

Currently, the two companies go toe to toe for television viewers and ticket sales in arenas. Later this year, they’ll also be going toe to toe in the world of video games. WWE released WWE2K22, the latest incarnation of the long-running series, a few months ago. AEW will release its first-ever video game for consoles in September this year and recently gave fans a sneak preview of what they’ll be getting. As it turns out, they’ll be getting something that looks a lot like WWE2K22. The graphics, animations, and visual style of the AEW video game will look familiar to anybody who’s played WWE games in the past, but there’s a good reason for that and the reason in Yukes. AEW has done more than sign wrestlers away from WWE – it’s also signed away the company that used to make WWE’s video games.

The AEW video game has been in development for a very long time and has had a lot of money spent on it. Back when the game was announced towards the end of 2020, Tony Khan suggested that he’d personally invested more than £10m in the game’s development. That’s a huge amount of money to spend on a game that had no publisher, and it’s also a massive amount to make back. It will be an AAA game and so will presumably be sold at somewhere close to the £70 mark, but it will have to sell an enormous number of units to break even. It’s probably fair to assume that DLC will be added to the game after it’s released, so more money might be generated that way. AEW has a devoted fanbase, but that fanbase is relatively small. It’s hard to imagine the game selling as many copies as the WWE games do.

It’s very important that AEW gets this first video game release right. A great game could do wonders for the company’s reputation and help All Elite Wrestling reach a new audience. A bad game could turn the company into a laughing stock – especially after so much money being spent and the game spending so much time in development. Everybody involved in the project is more than aware that WWEK20 was an embarrassment for WWE. The game was released in a broken, glitchy state and sold badly, with images and video footage of its many bugs going viral on social media. Such was the backlash from the release of WWE2K20 that the long-running series took a year off in 2021 to allow 2K to spend more time rebuilding the game engine and creating something that players would actually enjoy. WWE2K22 has received far better reviews, so the series is back on the right path. That makes it all the more important that AEW gets it right the first time.

After last week’s edition of AEW Dynamite, the AEW Games team gave us the latest news on the game. That news included the game’s title. We now know that the game will be called “AEW: Fight Forever” and won’t only be available on consoles – there’s also a version in development for PCs. Alongside the announcement, we also got some new in-game footage of Nyla Rose doing battle with Kris Statlander. The gameplay looked crisp, but some fans were disappointed by the quality of the graphics, which look decidedly last-gen. AEW responded to those criticisms by pointing out that the game is still in development and five months away from release and that all character models will receive a polish before the game goes live. The other new piece of information is that the game will have a playable roster of fifty characters when it’s released, but more will be added over time via DLC. The intention at this stage isn’t to release a new AEW game every year, so it’s possible that DLC could extend the game’s life into 2024 and beyond.

The console game battle between WWE2K22 and AEW: Fight Forever is likely to be intense, but the two companies are already battling in another, far less conventional field of gaming. The first AEW game ever released was a casino game, which is available as a downloadable app. WWE responded to that by releasing an online slots game to casino sister sites called WWE Legends: Link and Win, which launched in September 2021. It was a replacement for a planned series of WWE-themed online slots and casino games which was announced in late 2018 but failed to materialise. The game is said to be fun, but casino review site sistersite.co.uk indicates that it isn’t widely available at casino sites in the UK and, as such, isn’t all that popular. The same can be said of the AEW game. Both companies will be hoping that their console games will perform far better. WWE2K22’s performance so far suggests that sales should remain strong for a while, so it’s down to AEW to follow suit.

Wrestling fans are unlikely to care much about sales figures so long as they’re given a good game to play, and AEW appears to be determined to give them one. Yukes is a well-respected company among wrestling fans because of the games the company has developed in the past, and AEW star and devoted gamer Kenny Omega has been working with Yukes on every aspect of the game’s design ever since it was announced. With the involvement of an all-star company and an actual pro wrestler to ensure that everything looks and feels like it should do, the game ought to be can’t-miss. We’ll have to wait around four more months to find out whether that’s true or not. 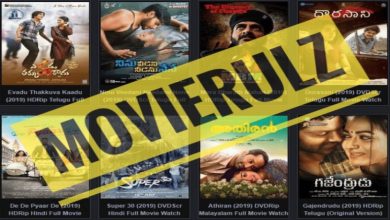 Elevate Your Lifestyle with Natures Only CBD Gummies 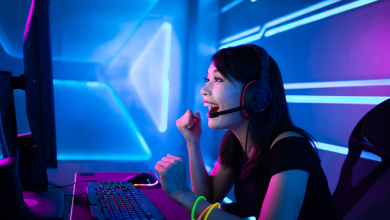 Master The Art Of Online Gaming With These 7 Tips 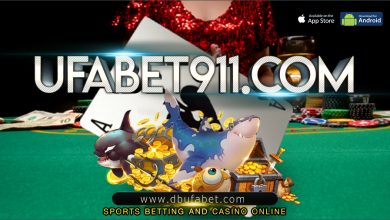 How to Choose a Football Betting Strategy?