Deciding on the coding language, you will use is one of the crucial steps in creating the ideal iOS app. You have two options when creating native iOS mobile apps: you can use Objective-C, an older programming language, or Swift, a more recent language.

Swift is already a solid and stable programming platform that Apple created in 2014 and launched at the Worldwide Developers Conference. Over the coming years, Swift is certain to develop in intriguing ways. Swift holds a commanding position in the field of mobile app development thanks to a sizable set of benefits. Among the most significant are listed below:

The protocol-oriented design of Swift was created to support various coding techniques, and static typing boosted safety. After it was released, Swift became a big hit, and its growth exploded.

Before diving into their differences, let’s look at their overviews.

Since the 1990s, Apple has utilized Objective C, an object-oriented programming language. It combines the benefits of the programming languages C and Smalltalk from before. Apple overtook objective C-based development tools from NeXT in 1996. In the future, Xcode will include these tools. To construct Mac OS X, Apple started using Objective C. As a result, developers began using Objective C as their primary preference when writing software for OS X and iOS.

Conversely, Apple created and unveiled Swift in 2014 at its annual developer conference. It was a brand-new programming language created at the time specifically for creating software for Apple’s operating system. Swift 5.6.1 was released on April 9th, 2022, and is the most stable version.

Comparison Between Swift and Objective-C

Now that you have a general understanding of both languages let’s compare Swift and Objective C, respectively.

In any development process, performance is essential. Improved user experience, simplified redesign, maintenance, and other benefits come with higher performance. According to Apple, Swift is faster than Python 2.7 and Objective C by a factor of up to 8.4 and 2.6, respectively. It’s possible that Swift was invented as a brand-new language specifically to be called “Swift.”

Even though Apple has created a garbage collector for Objective C, it is not as efficient as the Swift one. Swift defeats Objective-C by using simpler syntax and more thorough type verification. Swift utilizes ARC to improve memory management (Automatic Reference Count). Also supported by Swift are dynamic libraries, which can boost the performance of applications. Because of this, Swift beats Objective-C in terms of performance.

Over three decades have passed since the creation of Objective-C. The most recent version, 2.0, has been available since 2016. It is incredibly stable. We already know how to correct any errors, if there are any.

Swift has only been around for seven years, and Swift 5 was released in March of last year. Version 5.3.3 is available right now. This demonstrates that Swift is less stable than Objective-C, yet it is the consequence of ongoing innovations and improvements.

To avoid conflicts, a namespacing system regulates how unique class names must be. As namespaces are not part of C, they are not part of Objective C. For Objective-C, it is required to manually add the prefix in the class name to prevent conflict. As a result, you can see prefixes such as “CA,” “NS,” and “UI” while working on different Objective C libraries.

The time to market is shortened, and the overall cost of developing an application is affected by coding speed. Swift and Objective-C are not the same, even though both are native languages for iOS. A more contemporary language is Swift. Its straightforward syntax makes it simple to use as well. This implies that learning is also simpler.

Only 30% of the code from the Objective-C version of the program is present in the Swift version. Lyft is a well-known example of a project that lost more than 60% of its code after switching from Objective-C to Swift. The development process is sped up by reducing code quantity, eliminating errors, and enabling quicker, more efficient testing.

Swift is a safe language for memory and language type that improves language security. Therefore compared with Objective C, developers can easily find and fix errors.

It is impossible to overstate how important documentation is. Your ability to avoid mistakes will increase as you become more skillful in the language and its tools.

There is extensive documentation for both languages. Due to its long history—more than three decades—Objective-C contains a wealth of documentation. In the Apple archives, the official document can be found. But updates are consistently made to the Swift documentation. Current information about Swift is constantly available. Do not forget that it is open-source, meaning further information can be obtained from other sources. The Apple Developer Service and dedicated Swift website are good places to start your search. Swift has a GitHub repository as well.

The compatibility between Swift and Objective-C is flawless. A lot of benefits come from comparing Swift to Objective-C. In one project, they could converse with one another. This is especially recommended for sizable enterprises that are being upgraded or expanded. While utilizing Objective-C, you can still add more Swift functionalities. You may now utilize the original Objective-C code to its fullest potential. In that case, the transfer would go without incident.

In addition to receiving professional assistance, it is advantageous to be a part of a network of professionals who can support you through their knowledge and expertise. DESPITE APPLE STILL PROVIDING SUPPORT, Objective C was never an open-source language. On the other hand, Swift is open-source, allowing you to view its inner workings in greater depth and better comprehend its foundational concepts. There is, however, more. The more projects are open, the more people are working on them, and the more Swift developers have access to sources.

Objective-C’s population will decline even though the community has been around for more than 30 years. Fewer programmers who could help you with their knowledge will be available every year since beginners prefer to study Swift instead. Over 12073 users of StackShare still disclose using Swift, while about 6284 announce using Objective-C. In addition, the Swift development community is crucial. Even other businesses have created Swift frameworks, another development (like IBM).

We intend to provide you with all the information you require in this Swift vs. Objective C comparison so you can make the best decision possible. Swift is now worth investing in, even though the majority of iOS apps on the app store are developed on Objective C. With ongoing language updates, unique cutting-edge frameworks like SwiftUI and Combine — and other fantastic packages like Swift Collections, Swift Algorithms, etc., Swift is now largely stable and has been Apple’s persistent emphasis. To assist you in steering your project in the right way, if you’re still unsure which one to choose, it is advised that you hire developers. They have the familiarity and skills to do so. 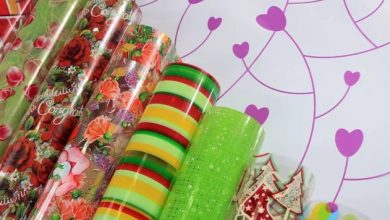 Do You Know About Cellophane Paper? 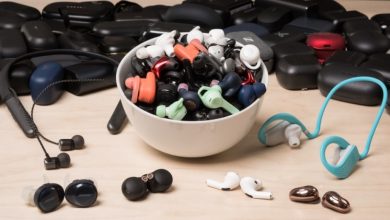 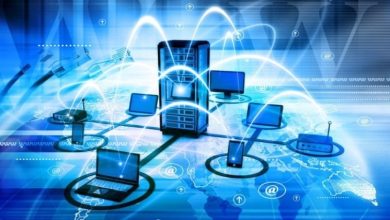